When I was a baby, my mom sometimes used cloth diapers on me, and back then, a it was a simple square piece of fabric that was pinned up around the legs with safety pins. I can't even imagine the mess that would have made and can easily see why women moved over to disposable diapers the minute they were available. 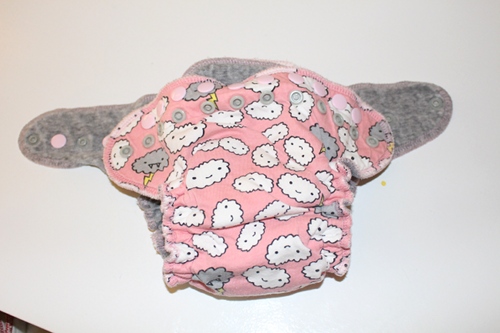 What those mothers couldn't have foreseen was how disposable diapers would become such a huge industry that they would eventually become harmful for babies. Now, common disposables are loaded with chemicals that are known to cause problems for your poor babies. The incredibly sad part is that most people don’t know this is going on.

Luckily, we have options. The irony is that so many mothers are now going back to the retro idea of using cloth, but it’s in a whole new way.

The world of cloth diapering has come far in the last decade and has now hit such a high that new brands and styles are introduced all the time. Today, cloth diapers look pretty similar to the disposables and are really just as easy to use.

The problem is that because it's so in, there are a million different terms to describe the diapers, like all-in-ones, all-in-twos, inserts, covers, hybrids, wet pail liners, and one-sized diapers. I put together a page on the most common questions about cloth diapering to help explain everything.

I had absolutely no idea what any of it meant and basically just decided to try a bunch of different brands and types that were highly rated to figure out what I liked best. Looking back, I actually think that's a great strategy for a new mom. I had to physically try the diaper on my baby before I could see what style of diaper I liked and to see what fit best on her.

That's another confusing thing... all babies are shaped differently and therefore do better in different types of diapers. What is your favorite for one child may be the worst for a second baby.

If you don't want to follow my "try one of each" philosophy, you can follow a great recommendation I heard but didn't use... to try out a diaper rental service and see what you like best. Then you can just buy what you like best. Some people do this just for the infant diaper stage and buy their own for when baby is in all-in-one sizes.

The Most Popular Diapering Systems

All-in-one diapers: These are some of the most user-friendly diapers because they look just like disposable diapers; they're just made of cloth. They have a "soaker," which is a long strip of cloth made out of anything from cotton to hemp fabric which helps absorb liquid in the diaper. They close with snaps or a type of Velcro, and they typically don't need a cover because they are their own cover, hence the term "all-in-one." 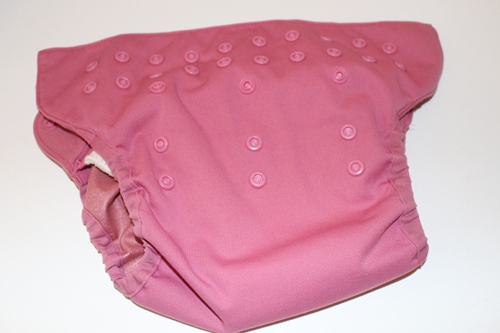 All-in-two diapers: AI2s are similar to AIOs in shape, but they have an extra soaker piece to enable you to take out that soaked piece of fabric and replace it with another. Obviously this will only be a benefit when there isn't a huge mess in the diaper. The drawback to both all-in-ones and all-in-twos is that they use more fabric, so they can take longer to dry and can be bulkier in clothes, and they are sometimes more expensive.

My favorite brand is Ragababe. 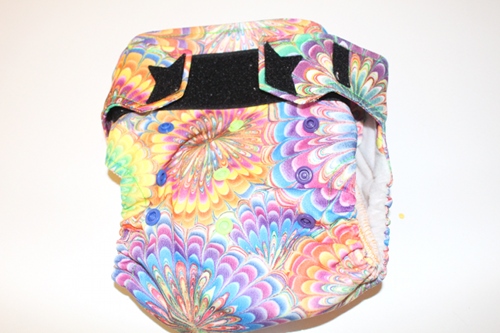 Pockets/inserts: Pocket diapers are thinner than all-in-twos and have a slot for you to insert different soakers as needed. For instance, if you're getting baby ready for bed, you could load two inserts into the pocket, and during the day you could go with one. There are tons of different kinds of inserts made with different materials and different absorbency levels.

I didn't love the Rumparooz I bought because they were so bulky that it was hard to fit bottoms over them, they restricted her movement when she was learning to crawl, and I actually worried about putting her in the car seat in them because they were so bulky that I had to adjust the straps. (This last part sounds neurotic, but you probably have heard that you aren't supposed to put babies in the car seat with bulky jackets because the material will compress during an accident and essentially that's like putting your baby in a way-too-lose buckle.) 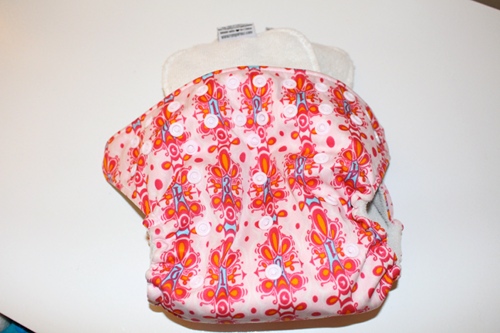 Hybrids: Hybrids are basically covers that you can snap a soaker into and then replace as needed, so they are similar in structure to all-in-twos, but without being a complete diaper in and of itself. If baby gets the cover messy, you can throw it in the wash to clean it.

I started loving the snaps on hybrids after my baby hit one year and started ripping off her velcro diapers, dancing around in her bare bottom, and announcing to me, "diaper!"

Fitted diapers: Fitted diapers are simple fabric diapers without any waterproofing, so they need a waterproof cover. I know this sounds like a drag, but some of the fitted diapers are truly all the rage in cloth diapering right now. Their fabric can be incredibly soft and is often absorbent, and they seem to be comfortable for most babies.

My favorite brand is Good Mama, though I liked these SustainableBabyish below, they just shrunk a bit and she grew out of them quickly. 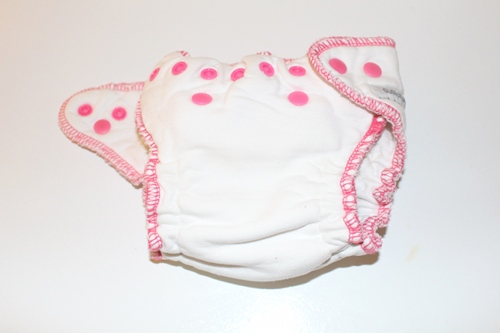 Prefolds: Prefolds remind me of the pieces of fabric my mom uses to dust around the house now that she says were our baby diapers so many years ago. Gross. However, the prefolds themselves can be very useful for cloth diapering. Basically, prefolds are a rectangular fabric split into three sections with the middle section made for absorbing liquids. Prefold cloth diapers come in different size and styles and are made to be pinned onto your baby.

I started using prefolds when I got more into Elimination Communication at night because they were easy to slip in and out of the diaper cover at night (in the dark, with my eyes closed, one hand holding a baby who was nursing while I changed her). My favorite brand is Green Mountain Organic.

With all the options available, it's nice to have a down-to-earth guide to direct you in the quickest and best cloth diapers for your new baby.